Song learning in songbirds
Many songbirds learn their songs early in life from a song model. In the absence of such a model they often develop an improvised song that differs from the species-typical song. However, the variables that control song learning in a natural social context are largely unknown. The domesticated canary is a suitable model to address this question.

Genetic and environmental influences on song development
Investigation of both environmental and genetic effects upon the development of male song, female choice and their underlying neural and hormonal mechanisms. The zebra finch is a suitable model to address this question.

Environmental impact on reproductive performance in songbirds
Environmental factors influence physiology and behaviour of an individual to a varying degree depending at which life history stage they are experienced. I am interested to what extent environmental cues other than photoperiod (supplementary cues) are influencing reproductive decisions. The wild canary is a suitable model to address this question.

Neural correlates of song in the songbird genus Serinus
Investigating the relationship between neural space and the development of complex songs. 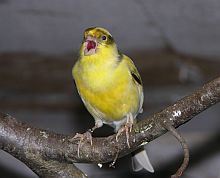 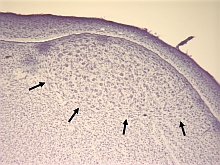